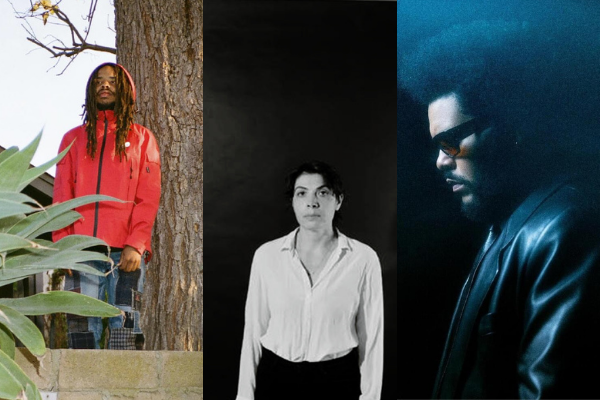 Our music editor Adam Humphries brings you the latest music of the week. Make sure to add them to your playlist!

Canadian quartette, Matthew Ramolo, Nick Storring, Germaine Liu, and Liz Hysen who together, make Picastro have released their new EP ‘I’ve Never Met a Stranger’ The album consists of five cover songs and has that acoustic sound to it as well as that smooth Americano country-Esque vibe which they are able to do so effortlessly. Picastro herself has that soft, soothing voice that is both haunting and is filled with emotion that oozes out gradually throughout the entire set.

Hangman, Tell Me White Horses, Pale Blue Eyes, Man Has Been Struck Down by Hands Unseen, and Chaos Hands
The subject matter that can be heard throughout the tracks deal with the feelings of loss, happiness, unity, and of being alone. At times they also go a little deeper when it covers the desire of wanting to reconnect with others but struggle to do so. Even the lyrics help tell an in-depth story

If anything, quite a few emotional moments of human feeling are touched upon, and in a soft yet melodic way.
As the lead vocalist of Picastro, Liz’s singing voice falls into that similar musical vein that both Alison Goldfrapp of Goldfrapp and Kate Bush inhabit. The soft yet husky voice of Goldfrapp and that outcast-type creativity of Bush. And also that ability to tell an in-depth story when singing

“Out of Time” by The Weeknd

Out of Time” is a dreamy record with a nostalgic ’80s R&B and pop sound to it. The Weeknd cops to the past mistakes that he’s made in a relationship. Though his ex has moved on, he still pleads for them to give him another chance.

“If he messes up just a little

Baby, you know my line

If you don’t trust him a little

He croons in high-pitched and sultry vocals.

“Did the dash, got outta dodge

The Purpose of Britain’s Armament Business Is Not “Protection”

Behold! 4 Upcoming Music festivals to Get On Board