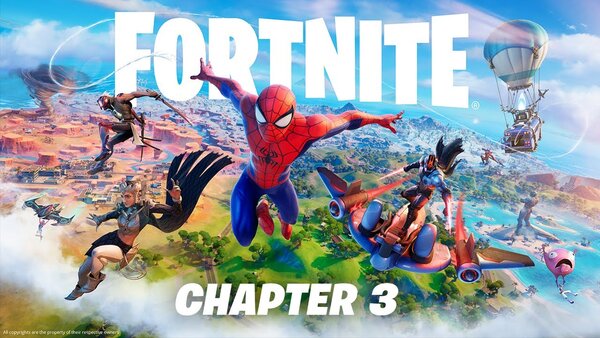 Unreal Engine 5 is the latest version of Epic Games‘. The graphics technology and marks a significant change for the game’s graphical performance. Last year, Epic said that it would migrate Fortnite to the new engine by mid-2021. While it didn’t hit its original target, the game is finally upgraded.

The game’s v19.00 update is rather large due to the new engine upgrade. For PC, it’s between 7.81GB and 15.4GB while console players can expect between 8GB and 14.8GB depending on the system they are playing on.

A Fortnite Chapter 3 trailer highlighted what to expect from Chapter 3, Season 1. Players will now be able to get around faster on foot thanks to a new sliding ability. It allows them to descend angled surfaces faster. There’s also a new web-slinging traversal option so players can make like Spider-Man as they explore.

In other gaming news, Halo Infinite has 14 hidden game modes that can be played. It is happening despite not being listed in any official multiplayer playlists.