WhatsOn
Home Exclusive Celebrating The Champions of the Disability Community 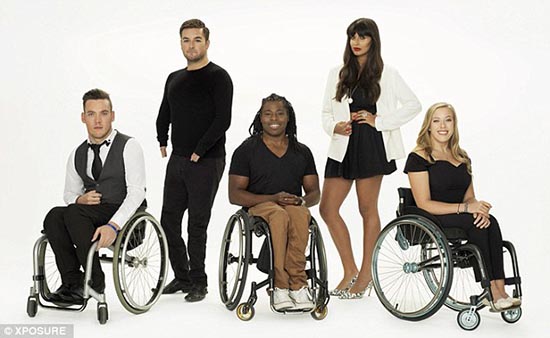 The 2020 Japan Paralympic games aren’t far away and are sure to bring new disabled champions into the limelight. There are so many disabled champions that are already household names, and it’s important to celebrate them too. They have overcome adversity and made achievements too.

Alan Gardner (aka. ‘The Autistic Gardener’), Liz Carr, Nikki Fox, Lucy Martin, David Blunkett, Francesca Martinez and Lee Ridley. They’re all in the public eye, whether they’re designing our gardens; making us laugh; appearing in TV dramas; giving us the latest weather updates; reporting on various social issues that matter or making a political stand. They may not be as famous as others, but they’re worthy of praise for being visible and paving the way for others with similar problems, whether they be physical or learning.

In a day and age when we debate representation, or the lack of, we should definitely be celebrating how these people break stereotypes and prove that they are just like everyone else. For example, Liz Carr (who played Clarissa Mullery on the pathologist drama Silent Witness) is someone with Arthrogryposis multiplex congenita yet for 8 years she played forensics assistant.

Another example is Pete Bennet, the uniquely dressed and quirky Big Brother 7 contestant in 2006. He has Tourette’s Syndrome and his presence on TV helped people understand it better (and not just negatively stereotype it as ‘the swearing disease’). It got people talking; not only about the disability itself, but also about those who live with it. It helped people to realise that those with Tourette’s are no less different to approach than anyone else.

As someone who lives with a disability themselves I, for one, am proud that disability is finally getting its long-awaited chance to display itself in a positive way. Let’s face it, so many disabled people have been judged and bullied by ignorant people. I should know, I’ve lived with those problems.

My thoughts for the future: those with disabilities should be regarded as role-models. Let’s face it, they set a better example than many already out there.

Best Offers Of The...

Why has Among Us reappeared?