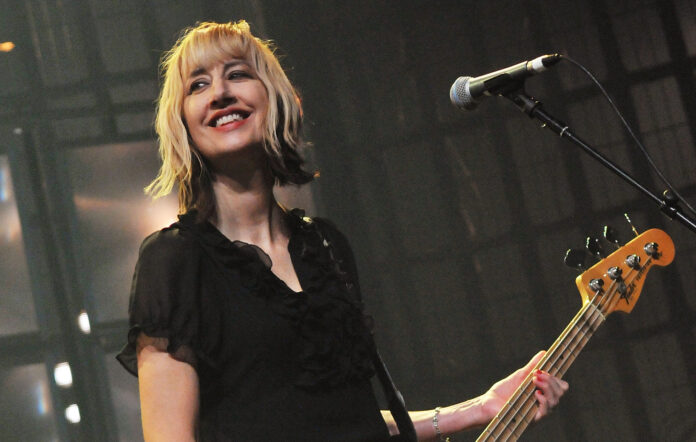 The singer, songwriter, and guitarist behind the Muffs Kim Shattuck has died at the age of 56.
Her husband confirmed the news on social media, saying she passed after a two-year battle with ALS. “My heart is forever broken,” wrote Melannie Vammen, Shattuck’s former Muffs bandmate and longtime collaborator.
With the band’s new album due this month, she passed after a two-year battle with ALS. The Muffs’ next album No Holiday is set for an October 18 release.
“We are very sorry to announce the passing of our bandmate and dear friend Kim Shattuck,” the Muffs’ Ronnie Barnett and Roy McDonald said in a statement.
“Besides being a brilliant songwriter, rocking guitarist and singer/screamer extrodinaire, Kim was a true force of nature. While battling ALS Kim produced our last album, overseeing every part of the record from tracking to artwork. She was our best friend and playing her songs was an honor. Goodbye Kimba. We love you more than we could ever say.”
Shattuck and Vammen were members of the Pandoras in the 1980s. In 1991, they started the punk band the Muffs and released their first singles “Guilty” and “New Love” that same year.
Four albums followed: 1995’s Blonder and Blonder, 1997’s Happy Birthday to Me, 1999’s Alert Today Alive Tomorrow, and 2004’s Really Really Happy. The group went on hiatus. Shattuck collaborated with other musicians and bands over the years, including NOFX, the Dollyrots, and more. The Muffs returned for various live performances before releasing 2014’s Whoop Dee Doo.
The Muffs were due to deliver a new album later this month. ‘No Holiday’, their first new album in five years, was scheduled for release October 18.
> Puza Sarker Snigdha