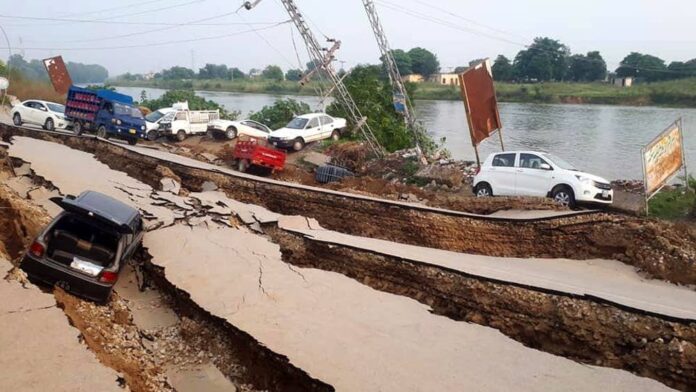 > Dipto Paul
At least 24 people were killed and over 450 people injured by the deadly earthquake hit Pakistan on Tuesday, local officials said this on Wednesday. Rescue operation is going on a full swing and the rescuers are able to reduce panic from the people.
The epicenter of the 5.2-magnitude quake was near the city of Mirpur, 22 kilometres (14 miles) north of the city of Jhelum close to Punjab province and Pakistan-administered Kashmir, the US geological agency, USGS, said. 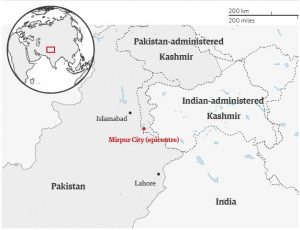 The shake of the quake damaged over 400 houses in the village of Sahankikri, cracks two main roads and made huge loss to the property of local people.
Many people from the area slept outdoors overnight and some were returning home on Wednesday morning to collect belongings and inspect damage, according to a Reuters witness.
“We are shelter less now,” said resident Shamraiz Akhtar. 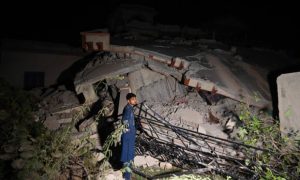 “We… were sitting having a gossip when suddenly the earthquake shook us all. Fortunately, the wall collapsed the other way, burying one of our buffalo,” 23-year-old student Nabeel Hussain said.
The Pakistan Army’s communications arm said that rescuers and troops are working from Tuesday night and doing their best to rescue affected people. As roads and bridges are damaged, engineers are also trying heart and soul to repair the damage as early as possible.
The military deployed “aviation and medical support” teams along with troops to affected areas in Kashmir, according to its spokesman.
“The situation is slowly returning to normal, the level of panic is now less among the people, although an aftershock was felt at night,” said Sardar Gulfaraz Khan, a police deputy inspector general. 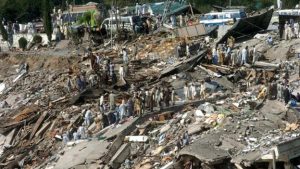 Pakistan’s Prime Minister Imran Khan said in a tweet that he had directed the government to quickly offer relief efforts and assess damage.
“My condolences go to the families of the victims & prayers for an early recovery of the injured,” said Imran Khan.
Tremors were also felt in some parts of India including Rajasthan, Punjab, and Haryana but no damage has been reported yet.
Indian prime minister Narendra Modi tweeted “PM @narendramodi has expressed grief on the loss of lives and damage to property due to an earthquake in parts of India and Pakistan. PM expresses condolences to the families of the deceased and prays for the speedy recovery of those injured.”
In October 2015, a 7.5-magnitude quake in Pakistan and Afghanistan killed almost 400 people in rugged terrain that impeded relief efforts.