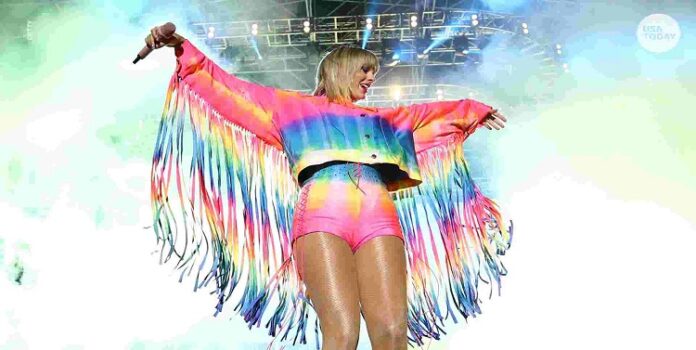 According to Billboard Taylor Swift’s new album ‘Lover’ has racked up the biggest first-week sales of the year so far inside a single day. It’s already sold 450,000 copies. The star’s seventh album came out on Friday (August 23), and follows 2017’s ‘Reputation’.
It’s predicted that the album will end the week on roughly 550,000 copies, which will likely take it to the top of the Billboard 200 album chart. If it does so, it will be Swift’s sixth album to achieve the feat. In response to the sale, Swift has now said that she plans to re-record all her early material and publish new copies to streaming services, of which she will own the master recordings.
Obviously, Swift is one of the most well-known artists around. She makes acclaimed music and has a fan base that will snap up everything she puts out. But there is more to it than that. One of the main reasons for the new album’s guaranteed success is its relentless campaign before its release. “Some would call it endless hype,” one record executive said. “Others would call it highly successful marketing in overdrive.
> Alma Siddiqua