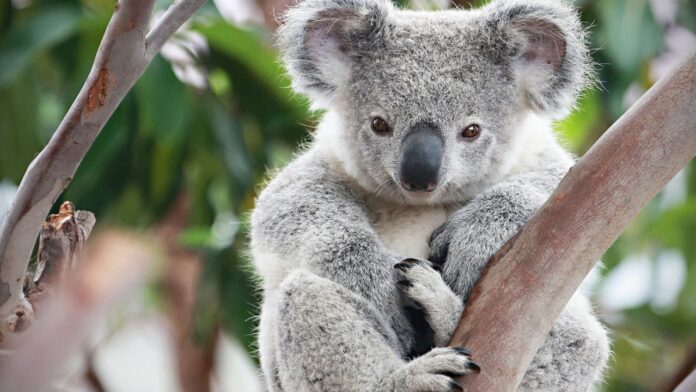 By Shayan Shakir
The AKF (Australian Koala Foundation) has reported that there are only 80,000 koalas that are left in the Australian wild. The Koala, which has inhabited the Australian continent for about 30 million years may not see another generation.
Like the Kangaroo, the Koala is one of the most recognized symbols of the Australian Outback. It’s extinction is due to leave a massive void in the Australian wilderness.
According to the AKF, 80,000 is a low enough number to stop the Koala from seeing another generation. The cause of this is mainly due to climate change, deforestation and also in the past hunting them for their pelts. The climate crisis is causing longer periods of drought which gives them a lack of water, causes wildfire and also lets diseases spread easily.
All this stops the Koalas from reproducing at the rate that it needs to in order to survive.
Is there any hope for them? Yes. Scientists are urging the reforestation of large areas of the Outback with eucalyptus trees, which is what the Koalas depend on for food and a lot of other necessities.
President of the AKF, Deborah Tabart, said: “For years we’ve been asking governments to help us in the fight to save Australia’s symbol, but politicians have deferred their commitments and make up excuses. The most absurd thing is that we have a law that allows companies to destroy these animals’ habitat”.