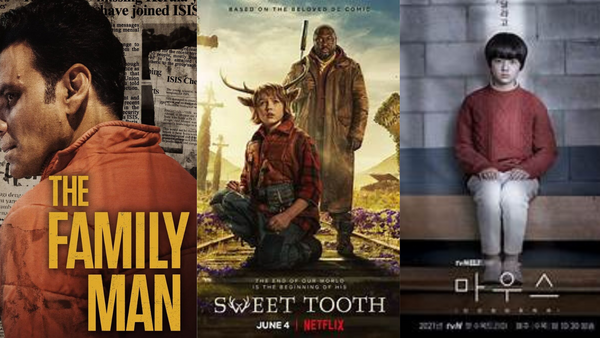 This week WhatsOn is back with the top 5 TV series and reviews which aired in 2021. To make your weekend more delightful and less boring doesn’t forget to stream those.

The story is about a perilous adventure in a post-apocalyptic world, a boy who’s half-human and half deer searches for a new beginning with a gruff protector. Fans are waiting for its second season,  while it’s impossible to predict whether the series will secure a second season or not.

In Mohanogor, Hoichoi TV has created an engrossing crime drama for Bengali language viewers, in collaboration with Bangladeshi filmmakers and performers. The story is about the son of Dhaka’s top businessman, spoilt brat Afnan Chowdhury is involved in a hit-and-run and lands up at the local police station.

It eventually became the most viewed web series on Amazon Prime Video. The first season was a huge hit with a thrilling and patriotic spy genre. Alongside it, The Family Man Season 2 also lives up to the fan’s expectations.

Though its tendency toward too-muchness may test some viewers’ patience, slick stop-motion, a killer voice cast, and a seemingly endless well of jokes make M.O.D.O.K. an entertainingly chaotic diversion.