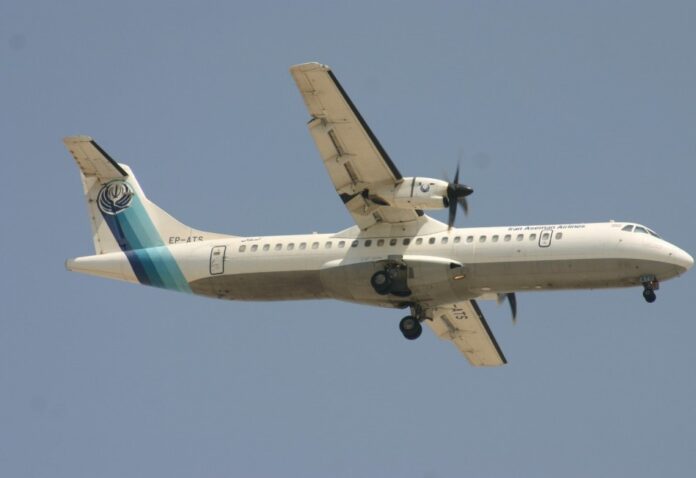 An Aseman Airlines plane en route to Yusuj from Tehran crashed with 66 people on board due to severe weather conditions. All on board are feared to be killed in the crash that came down in the Zagros Mountains.
At 04:30 GMT on Sunday, Flight EP3704 left Tehran and crashed about an hour later on Dena Mountains. The ATR 72-500 twin-engine turboprop was a 25 years old jet.
Among the 66 people on board, there were 60 passengers, 2 flight attendants, 2 security guards, the pilot and co-pilot.
Aseman Airlines initially announced all onboard to be dead. In a statement later they said, “Given the special circumstances of the region, we still have no access to the spot of the crash and therefore we cannot accurately and definitely confirm the death of all passengers of this plane.”
The search and rescue team was dispatched to search the crash site but was later postponed. Helicopters could not fly over the crash site due to the weather conditions and the fog. 5 helicopters are on alert to resume the search if weather condition improves.
The crash resulted from severe weather conditions, including heavy fog. Aseman Airline has dismissed the possibility of technical failure.
“Weather in the mountains where the plane crashed was pretty bad”, said David Learmount, aviation safety specialist and former pilot from London. However According to Saj Ahmad, chief analyst at Strategic Aero Research Centre “Granted, weather may have been an issue, but it’s too early to speculate”.
> Saraf Anika Chowdhury