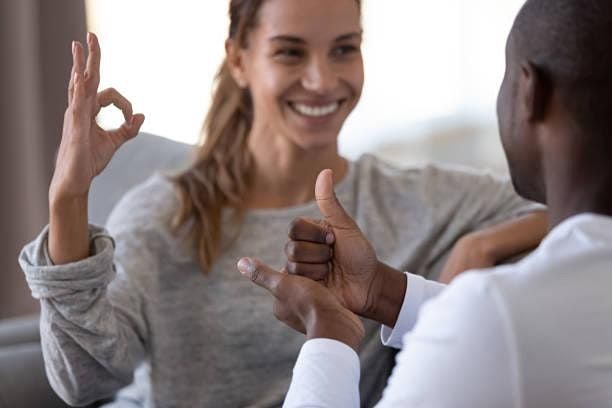 For those of you who watched Strictly Come Dancing last year will have seen EastEnders actress, Rose Ayling-Lee crowned the winner of the series. And quite rightly too. She is also the first-ever contestant with a disability to take part.

Since her winning moment of glory though there has been much speculation that the producers are more open to taking on more disabled contestants. Now for as long as I can remember, Rose, was the fourth Strictly contestant to take part that had a disability. The other two were former British rugby players, Ben Cohen, Paralympians, Johnnie Peacock, and Will Bailey.

Now I know that I’ve only mentioned four there and when I saw them they all did really well and excelled themselves.

Since the recent series of 2021, there have been reports of a huge surge of people wanting to learn British Sign Language (BSL). According to recent late last year, more than 2000% of people had taken an interest and signed up to take lessons on how to learn the non-verbal language.

Now, this is something that has come of interest to me and has lately had me asking something that I have not asked for quite some time. As part of the education curriculum, schools everywhere teach foreign languages. I have always found myself asking as to whether sign language would ever be taught at schools, colleges, and universities. I mean at the end of the day it is a language and it’s how many, many people out there use it to communicate with each other.

And of course, don’t forget, even people who have full hearing also use it to talk with those with hearing issues. Even I admit I have always been fascinated with it and fancied learning it myself.

In recent months there have been reports from sign language classes and courses that there had been around 30-40 people a day applying. That number however quickly increased to approximately 400 within just a matter of weeks.

I, for one, am hopeful that this doesn’t just become a passing trend that losses any form of popularity as the next couple of years pass. Another thing that this will have done is show people that with the use of the language that there is also a great deal that people with hearing problems can offer to society, both in places of education and education establishments.

Now for as long as I can remember they say that many people there, and especially the ones who have managed to make some sort of difference. Be it socially, politically, or educational wise they leave behind a legacy that results in a change in how people view others, how they speak to them, treat them, and interact with them as well.

No doubt, as we have already begun seeing, this will be Rose’s legacy to society on the whole. And it is one that I hope prospers and grows into something much, much bigger.

Rose Ayling-Lee, you are without a doubt a trailblazer and have helped us understand the way in which people like yourself interpret the world and how you understand it.