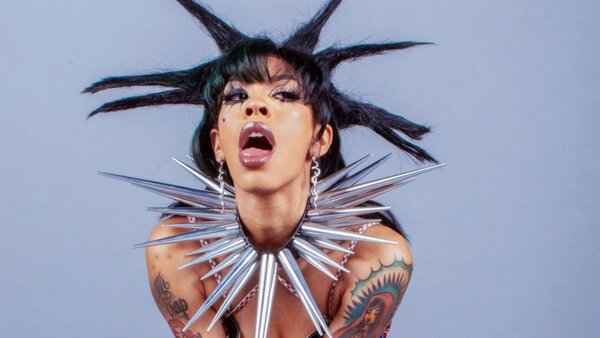 Rico posted a photo of a close-up of her face and wrote “secrets on Soundcloud” on Instagram to announce the songs’ release.

She linked to a playlist titled ‘Rico’s Archives’ containing five songs, including ‘Switch Places,’ ‘Grow Up,’ ‘Cotton Candy,’ ‘Show Me Your Love,’ produced by Taking a Daytrip, and ‘How Ya Feel,’ directed by Jetson made.

The review of the album is like “a refreshingly liberating soundtrack to a year that has felt a little like the end of the world.”

Rico Nasty is also known as Maria-Cecilia Simone Kelly. It is an American rapper and singer from Maryland. Known for her unique delivery and punk aesthetic, she rose to prominence in 2018 with singles such as “Smack a Bitch” and “Poppin.” Her debut studio album, Nightmare Vacation, was released in December 2020. Rico’s seventh mixtape, Rx, is set to release in the summer of 2021.

Rico Nasty is known for performing hip-hop and trap music, particularly punk rap, trap metal, nu-metal, pop-trap, and rap-rock. Rico Nasty said that she “resonate with being a pop-punk princess.”

Listen to the playlist below:

Argentina to the Round of 16 of the FIFA World Cup!