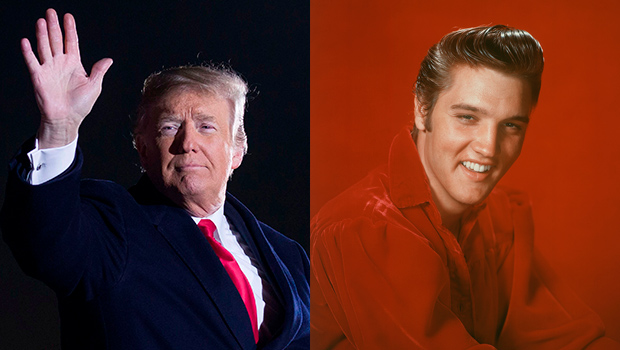 Donald Trump has claimed that people used to say when he was younger, he looked like Elvis Presley, “except for the blond hair.”
“I shouldn’t say this. You’ll say I’m very conceited ’cause I’m not,” Trump told the crowd as he campaigned for Republican Sen. Cindy Hyde-Smith. “But other than the blonde hair, when I was growing up, they said I looked like Elvis. You see that? Can you believe it? I always considered that a great compliment.
Earlier this month, President Trump awarded the Presidential Medal of Freedom, the nation’s highest civilian honor, to Presley. The White House’s official statement said that Presley “defined American culture to billions of adoring fans around the world. Elvis fused gospel, country, and rhythm and blues to create a sound all his own, selling more than a billion records. Elvis also served nearly two years in the United States Army, humbly accepting the call to serve despite his fame.”
In a statement, he explained Presley had been chosen to receive the award because he “defined American culture to billions of adoring fans around the world. Fusing gospel, country, and rhythm and blues, [he created] a sound all his own.”
“America is blessed to have the most skill, passion, and talent anywhere on Earth,” Trump said. “We are truly a great nation and we are a nation that is doing really, really well right now.”
> Shiuly Rina