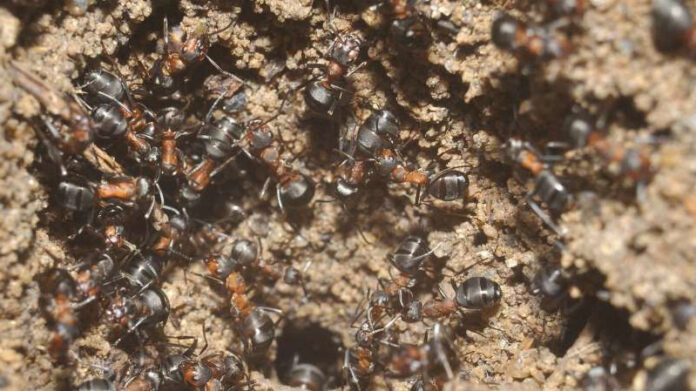 By Shayan Shakir
A mysterious and unique colony of wood ants have been discovered in the an old Polish nuclear bunker by scientists. These ants have been said to survive of the corpses of its fallen members.
This colony was found in a vertically aligned ventilation pipe, which was used to store nuclear weapons during Soviet occupation.
It was noted, that each year there were a significantly large number of ants that were falling down the pipe and into the main bunker, where there were not exposed to any sort of light, heat or food source. This made the ants resort to cannibalism.
Professor Wojciech Czhechzowski, from the Polish Academy of Science, observed that the ants that had been separated from the main colony in the ventillation pipe had grown and formed a sizeable enough number to class them as a completely different colony.
Dr Istvan Maak, who worked with Professor Wojciech Czhechzowski at the Museum and Institute of Zoology, came to the conclusion that the ants had to survive on each others dead corpses to form a colony this large in such harsh conditions.