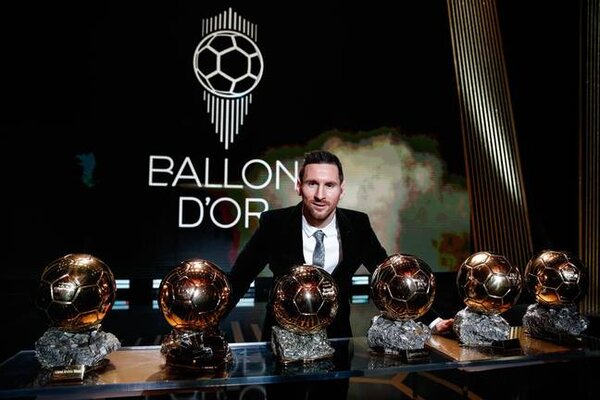 The Argentina superstar Lionel Messi has his hands on the Ballon d’Or once again. He is with mercurial Argentina claiming the seventh Golden Ball of his remarkable career to date. The latest of those prestigious prizes was collected at a glitzy gala in Paris on Monday.

He’s having been recognized as the best player on the planet for 2021, Messi is now two triumphs clear of eternal rival Cristiano Ronaldo with a five-time winner now at Manchester United finishing outside of the top three for the first time since 2010.

“It’s incredible to be here again. Two years ago I thought it was the last time. Winning Copa America was key”It is a special year for me with this Copa America title. It meant a lot to win at the Maracana stadium and I was so happy to celebrate with the people from Argentina. I don’t know if it’s the best year of my life, I’ve had a long career, but it was a special one with the title with Argentina after the tough times and the criticism.”

Messi beat 29 other nominees for the award, including Bayern Munich striker Robert Lewandowski, who was the favorite for last year’s prize before it was cancelled because of the lack of football during the coronavirus pandemic.

The Ballon d’Or is awarded annually by France Football, with FIFA’s The Best a separate honor handed out every year Messi won that award for the first time in 2020.