Extinction Underground: Art to Save the Planet 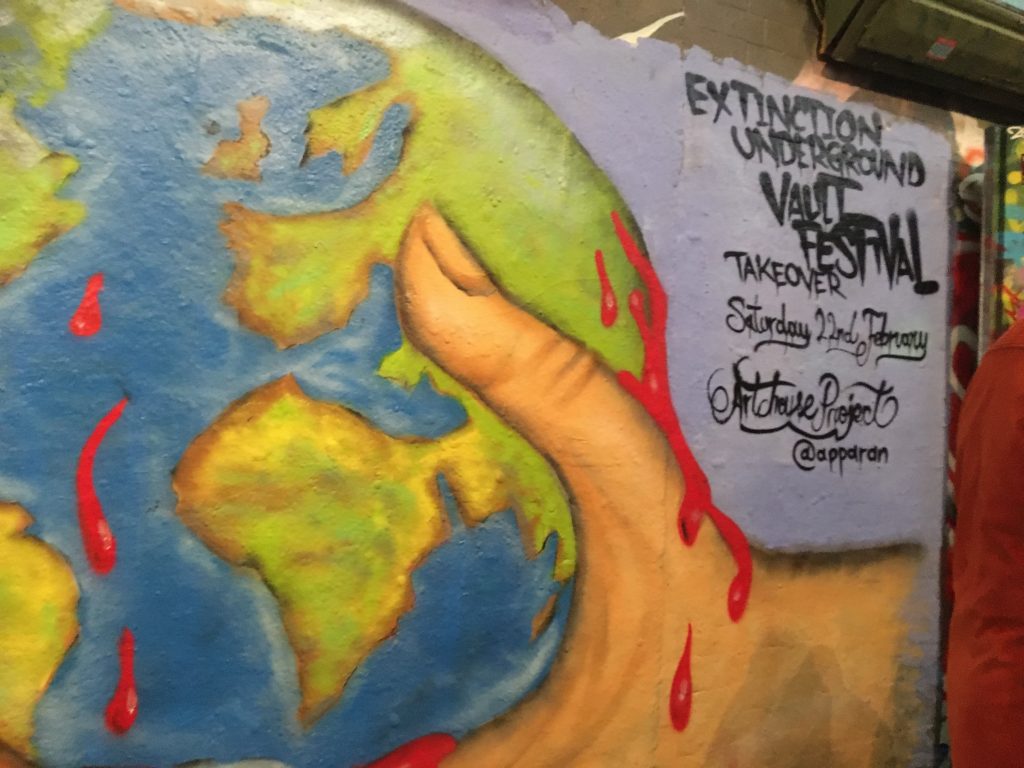 “The role of the artist is to make revolution irresistible.” – Toni Cade Barbara

Unity, intersectionality and of course environmentalism — when I left Extinction Underground, these ideas really stuck with me. Those themes were channelled into an explosion of artistic expression at this take-over of VAULT Festival. The ‘interactive and immersive late-night playground’ (as the event organisers described it) used art to connect the thousands of attendants to the planet and one another.

Beneath the streets of London on February 22nd, an impressive array of artists and rebels came together to co-create in response to our unprecedented times. Their media of choice ranged widely: from silence to music; from mournful sculptures to impassioned video installations; from graffiti to interactive making of ‘seed balls’ filled with wildflower seeds to re-wild London; and from Fizz Margereson’s soundscapes of different natural environments to DJ sets by members of the bands, Foals and Savages. This diversity was furthered by the range of movements that were involved: Culture Declares Emergency, Music Declares Emergency, Extinction Rebellion, Writers Rebel, Comix Rebel, Sixth Mass Extinction Record Label and Earth Ensemble. It was pleasing to note how this range of people, perspectives and methods reflected a core aspect of Extinction Rebellion’s 2020 strategy — being part of a movement of movements. 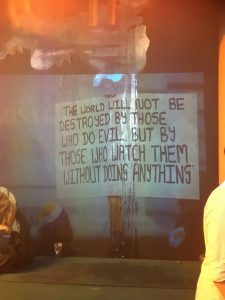 Such diversity in approaches was also achieved through the variety of issues raised, and the different emphasises individuals placed on specific issues. While all artists emphasised humanity’s role in the environment and our power to change, their perspectives on the key causes of the crisis and the potential solutions differed. Some championed the need for ecocide legislation and criticised the government’s role in austerity. Others focused on subverting current systems of oppression entirely, calling for people to rise up against capitalism and nationalism. Although this variety of focal points potentially confused audience members, more importantly, it demonstrated the complexity of the crisis. These artists showed the number of issues involved and implied the need for differing groups with differing focuses to work together to holistically tackle the climate crisis. A movement of movements seems necessary.

“All these things are petals of the same daisy.” – Mary Ellen

In particular, Mary Ellen brought these differing strands together by identifying a root cause — greed. She emphasised intersectionality, poetically describing how all issues are interlinked. She compared the climate crisis to gangrene in the toe — it is urgent and, if not treated, it will kill, but to prevent further damage the victim needs to get out of the freezing water, rather than treating the toe in isolation. Similarly, the climate crisis is urgent, but without addressing greed, it is impossible to fully protect the environment or prevent the plethora of further issues that greed will cause.

“As artists, we are committed to bringing people together and demonstrating the future we want to see through beautiful creative actions and community building.” – Extinction Rebellion

Extinction Underground showcased art’s relevance to the climate crisis. From beginning to end, I was surrounded by environmentalist art. The entrance tunnel to the event was splattered with emotionally stimulating graffiti with environmental focuses. The first performance I saw was poetry and spoken word, which took place in front of a giant skeletal sculpture depicting a dinosaur. Spaces for interactive art-making were peppered through the venue, and visitors were also invited to take part in roaming performances filled with the energy of protests. The finale featured interpretations and incorporations of Greta Thunberg speeches into music, which was accompanied by installations displaying photographs of protests on rotation. All these experiences showed how art can have a profound impact, simultaneously upsetting and energising me. 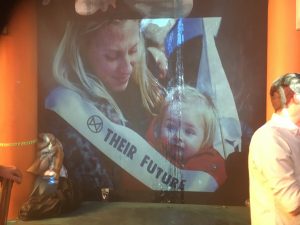 “We live in a system that commodifies to the point of destruction. In the face of such a system, creative acts of reconnection are an antidote” – Lucy Hopkins, Performer, Golden Goddess of Perpetual Wonder

When it comes to education about the ecological emergency, I believe that no method is better than using the arts. To holistically change people’s minds, both their emotions and rationale need to be stimulated. Art can affect rational comprehension of the climate crisis when presenting or being accompanied by verbal and statistical evidence. In particular, though, art is good at triggering emotions, motivating people from within to love and fight for the environment. It has also been shown that sensory art is especially effective at modifying the consciousness and sensibilities of the viewer [See Susan Sontag, One Culture and the New Sensibility (1966)]. As a result, art is a great way to raise awareness of humanity’s role in climate change and raise concerns about the scale of this crisis.

Art has the power to change people’s perspectives, and thus the perspectives of authorities and institutions. So, events like these play a vital role in the fight to save the environment. 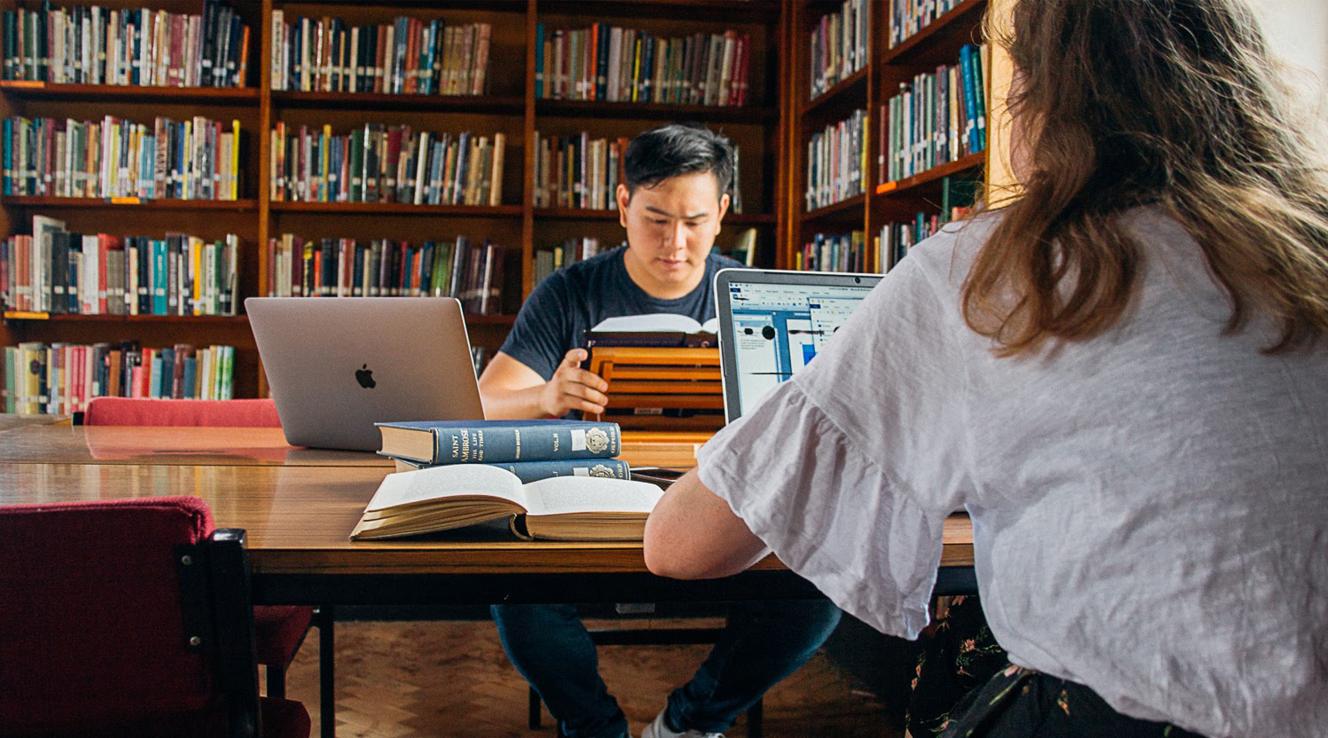 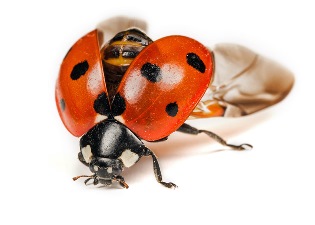 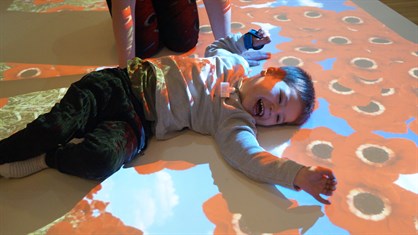