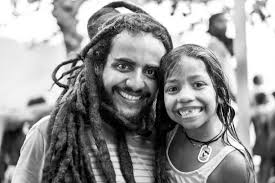 World Autism Awareness Week, taking place this week (between 26 March and 1 April), seeks to break the stigma around the spectrum of conditions known as Autism Spectrum disorder. It precedes World Autism Awareness Day which falls on 2 April.
The NHS defines autism as a “a range of similar conditions, including Asperger syndrome, that affect a person’s social interaction, communication, interests and behaviour”.
Symptoms can start to manifest as early as three years of age, but a diagnosis can be made later on. While the cause of autism isn’t known, support can be given in the form of speech and language therapy, and educational support.
People on the autism spectrum can face difficulties in their daily lives, which other people don’t. The National Autistic Society (NAS) found in 2016 that only 16% of autistic people were in full-time paid work, while over three quarters (77%) of the unemployed say they want to work.
While Autism Awareness Day has been celebrated on 2 April for many years now, it was in 2007 that the United Nations General Assembly adopted a resolution that essentially recognised the week leading up to that day as a one meant to raise awareness of autism.
The NAS encourages people to take part in activities to raise money and awareness with campaigns like Too Much Information.  This year it released a video that aims to raise awareness of such issues. ‘Diverted’, as it is called, shows an young autistic woman trying to stay calm on a train surrounded by other people.
There are various ways to get involved: by fundraising, whether on your own, at school or at work – click here to find out how you can input.
Night Walks for autism took place on 17 March in most of the UK’s bigger cities, including London, Manchester, Bristol and Glasgow. However, there’s still time to get involved and raise funds to support research, families, and professionals with the 7k for 700k campaign – the chance to “run, swim, cycle or walk 7km during the week to raise money for the 700,000”.
As for 2 April itself, the UN will observe the day with special attention to “empowering women and girls with autism” in regards to education, employment, violence and sexual and reproductive health services.
For an entry fee of £12, you will receive a medal, fundraising and training tips, support on social media groups, and virtual support from the NAS.
For more events and training days, visit the NAS’s calendar here.
> Borislava Todorova