WhatsOn
Home Listicle Songs did the fight too! Victory Day Songs Of Bangladesh 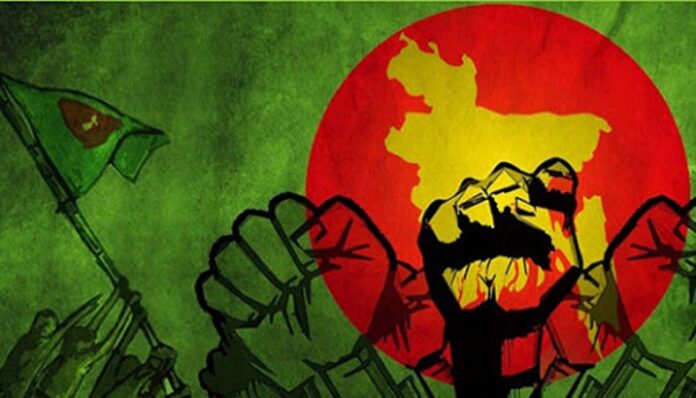 During our independence war, the muktijoddhas (freedom fighters), the farmers, potters, widows . . .  people of every walk took part in their own way, so did the musicians. Music was one of the key catalysts in those nine months to freedom to unite the nation, and build up support from people across the globe. Bangladesh Betar (Radio) broadcasted the fiery songs to inspire people and infuse the courage to take part in The Independence War.

Here am going to share five patriotic songs which were written at that time of turbulence, fight, chaos, and still a time of unprecedented unity.

Again by Govinda Haldar, tune by Apel Mahmood, and sung by Rothindranath Roy. Because of the song’s passionate lyrics, it has been a persistent symbol of youth, vigor, and diligence to this day.

Lyric by Gazi Mazharul Anwar, tune by Anwar Parvez, and sung by Mohammad Abdul Jabbar.  During the war, “Joy Bangla Banglar Joy” became the Swadhin Bangla Betar Kendro’s signature song. This song has the power to inspire and unite listeners, music enthusiasts, and ordinary people on one platform.

Sung on 1st August 1971 at the Concert for Bangladesh by Joan Baez. It was about a voice for peace and freedom as “a hauntingly beautiful lament over the mindless slaughter of war.”

“Bangla Desh” was released as a non-album single in July 1971. It was written to raise awareness about the millions of refugees from Bangladesh. Harrison’s inspiration came from his friend Ravi Shankar, an Indian-Bengali musician. The song helped gain international support for Bangladeshi independence. Also sung in Concert for Bangladesh.