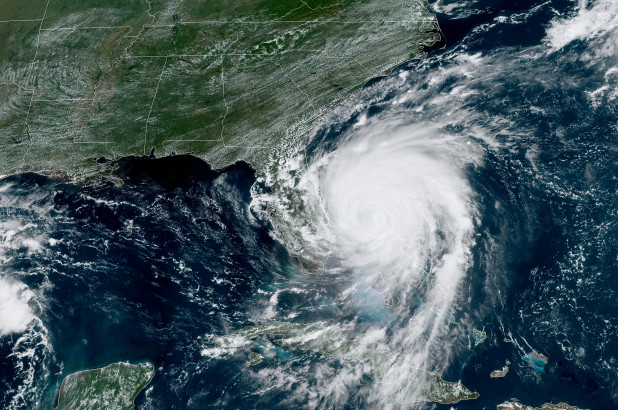 By Shayan Shakir
Hurricane Dorian has wreaked havoc, leaving 30 dead in the Bahamas before hitting the south-eastern coast of the US.
The hurricane poses a real threat to the US, but has already left the Bahamas in a state of devastation. Authorities have reported that they are still struggling to get aid out to areas that have been affected by the hurricane.
The death toll has been predicted to rise more steeply in stricken areas.
Dorian was classed as a Category 5 storm, with winds reaching up to 185mph. It is the strongest hurricane the nation has witnessed on record.
Local media has reported that the Abaco islands alone have had 200 body bags delivered to them due to the amount of fatalities in the region.
The programme manager for the NGO Direct Relief, Luiz David Rodriguez, told the Guardian about the situation in a local hospital. He said: “Lots of people are just laying around…waiting to get off the islands. People are getting a little desperate.”
As Dorian left the Bahamas, it posed a real threat several miles off the US coastline on the eastern seaboard.
At this point, winds were reaching up to 110mph. The US National Hurricane Centre has said that these winds are due to weaken through Saturday.
As the core of the storm hit North Carolina with speeds of at least 100mph, the NHC warned residents of life-threatening storm surges, flash flooding and dangerous winds. It was reported that  “regardless of the exact track of Dorian’s centre”, dangerous winds will be reaching into Virginia.
The governor of the state of North Carolina, Roy Cooper, warned residents “to stay in a safe place and off the roads”. He also said: “We have a long night ahead of us”.