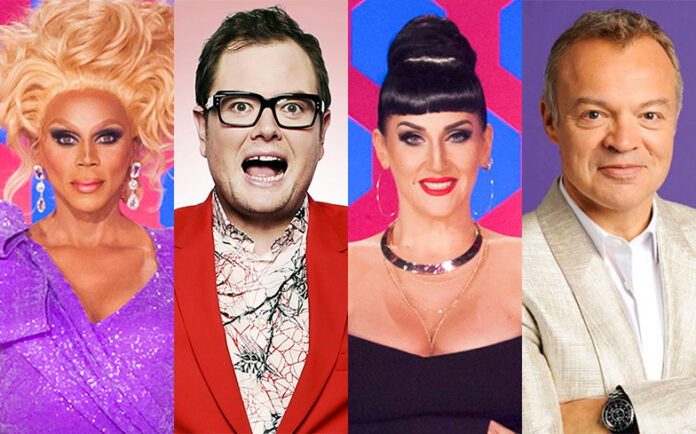 By Sam Merricks
For around a decade, RuPaul’s Drag Race has delighted fans from all over the globe and has given us over a hundred splendid queens from Shangela to Alyssa Edwards, that have spread their charisma, uniqueness, nerve and talent from our television sets.
But now the global phenomenon, hosted by the legendary drag artist RuPaul Charles, has come across the pond into the UK where we have 10 queens eagerly awaiting to show the world how sickening they are in the first series of RuPaul’s Drag Race UK. Here’s all you need to know about this upcoming series.
Meet the Queens 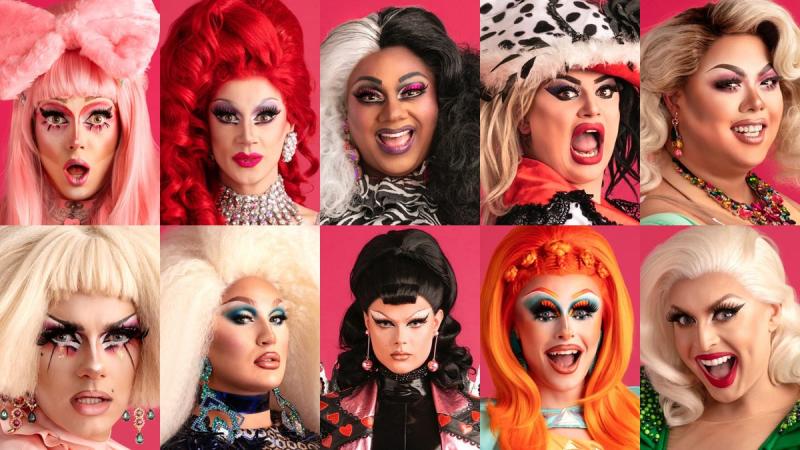 These 10 Queens are the first wave of queens from all over the UK, who are ready to compete and rightfully snatch the crown and earn the title of the UK’s Next Drag Superstar.
Baga Chipz, 29 , London
Blu Hydarngea, 23, Belfast
Cheryl Hole, 25, Essex
Crystal, 34, London
Divina De Campo, 35, West Yorkshire
Gothy Kendoll, 21, Leicester
Scaredy Kat, 20, Wiltshire
Sum Ting Wong, 30, Birmingham
The Vivienne, 27, Liverpool
Vinegar Strokes, 35, London
Which celebrity guest judges are ‘sashaying’ onto the panel?
For the first series of RuPaul’s Drag Race UK, the star studded guest judge panel features Maisie Williams, known for her role as Arya Stark on Game of Thrones, her arrival to the guest judge panel was announced after the Game of Thrones finale and she became the first guest judge to be announced followed by Geri Horner better known as Ginger Spice and Jade Thirwall from girl group Little Mix.
In a teaser clip of the opening from the new series, it has been confirmed that Andrew Garfield, best known for portraying Spider-Man in The Amazing Spider-Man film series and Hacksaw Ridge, will be the first guest judge gracing the judges panel alongside Michelle Visage and Alan Carr, who will be an alternating judge alongside Graham Norton and will be the equivalent to the US’ version of Ross Matthews and Carson Kressley.
Also amongst the guest judges, we also have Stacey Dooley, documentary filmmaker and television personality alongside Lorraine Kelly, daytime television presenter, confirmed to be taking part in the infamous Snatch Game episode in which the queens do their best celebrity impersonations in a parody of the Match Game.
Who are the Coaches?
For this series, the queens will have AJ Pritchard of Strictly Come Dancing fame alongside his brother Curtis of Love Island fame pairing up to be the dancing coaches for any choreographed moments, whilst we have artist MNEK as a vocal coach for any singing and musical challenges for the queens.
How does the show work?
The show will work similarly to the US Version in which we have the queens every week take part in a mini challenge which will give them the power to be a team captain for the challenge or win a small prize then the main challenge will consist of any of the following: lip syncing; acting; musical; design or celebrity impersonation on the infamous Snatch Game. The bottom two queens of the week, who did poorly in the challenge will go on to “Lip Sync for their lives” in where they must out lip sync their opponent in order to stay into the competition. This format will continue until we have a Top 3 or 4 and the winner shall be crowned through a lip sync tournament for the crown.
When and where can I watch this?
RuPaul’s Drag Race UK will be available for UK viewers on the BBC Three section of BBC iPlayer starting the 3rd October 2019, every Thursday from 8pm.