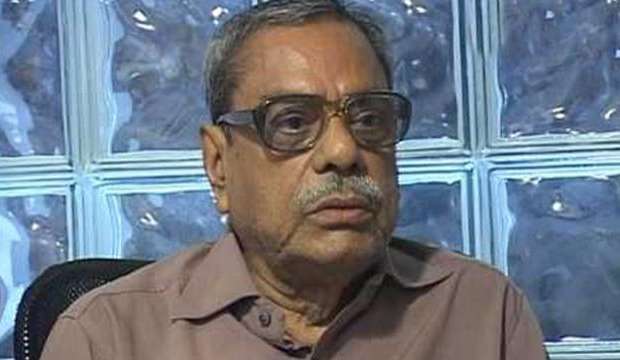 Biswanath Dutta was the Board of Cricket Control for India (BCCI ) president in 1989 after a six-year stint as the vice-president of the parent body from 1982-88.
BCCI condoles the death of Biswanath Dutta.
Cricket Association of Bengal ( CAB ) President and former Indian cricket captain Sourav Ganguly described Biswanath Dutta as a “master administrator”. “It is a massive loss. It is a void very hard to be filled,” Ganguly added.
Very famous sports administrator in India Biswanath Dutta, famed as a strict disciplinarian and one who brought the legendary Jagmohan Dalmiya into cricket administration, died at his south Kolkata residence following prolonged respiratory ailments, family sources said. Popularly known as BN Dutta, the ace sports administrator breathed his last at 7:51 am (IST) last Monday. Biswanath, who served two complete terms as BCCI President from 1988-1990, was in and out of the hospital in the recent past when his condition deteriorated due to a lung infection.
Biswanath’s helming of the BCCI – that started a year after India successfully co-hosted the Reliance World Cup that also kick-started the money boom and commercialisation of Indian cricket – bore the mark of a stern administrator.
In 1989, after a dismal West Indies tour, the Indian cricketers went on an unauthorised trip to the USA and Canada to play exhibition matches, and the Biswanath-led BCCI responded by debarring six-star players including skipper Dilip Vengsarkar, Kapil Dev and Ravi Shastri from domestic and international matches for a year. Six other junior players were let off with a fine.
The board refused to budge despite pressures from various quarters, and finally, the aggrieved players moved the Supreme Court, which passed an obiter dictum (expression of opinion uttered in court or in a written judgment, but not legally binding) in their favour.
“After the obiter dictum by a judge, I didn’t fight with the court and acknowledged it and withdrew my decision,” Biswanath later said in an interview to a web portal.
Before taking over the top post in the BCCI, Biswanath served as Cricket Association of Bengal (CAB) Secretary (1977-81), President (1982-86) and Chairman (1987-1991), and chairman of its trustee board in later years. He was also elected as BCCI Vice President.
In 1977, Biswanath brought Dalmiya into cricket administration as CAB Treasurer. Dalmiya later went on to head the BCCI as also the International Cricket Council and is regarded as the man who brought money to the game.
Dalmiya had time and again acknowledged Biswanath’s role in bringing him into cricket administration. Long after Dutt had a demited office, Dalmiya would still turn to him for advice during every crisis situation and support before crucial elections to the board and the CAB.
However, critics have through the years pointed an accusing finger at Dalmiya for having ensured Biswanath’s defeat in the BCCI presidential polls in 1991 to Madhav Rao Scindia.
But a veteran CAB official, not wishing to be named, pooh-poohed the allegation. “That’s all falsehood. Had it been so, Dalmiya would not have resigned as BCCI secretary a year later, despite Scindia fervently requesting him to stay on”.
The astute Biswanath had a balanced approach to life.
“He knew when to stop when to call it a day. We see around us so many people, so very reluctant to leave office. Biswanath was an exception.
“He could spot talent and groomed the next generation of administrators — both in cricket and football. But for him, maybe we wouldn’t have got administrators like Dalmiya or Ashok Ghosh (late All India Football Federation Secretary),” CAB trustee board Chairman and for BCCI Joint Secretary Goutam Dasgupta told IANS.
Biswanath was also a successful entrepreneur, and his family business unit The George Telegraph Training Institute continued to grow both in financial terms as also as a leading soccer and cricket club in the Kolkata Maidan.
In fact, it was in soccer that Biswanath cut his teeth in sports administration, functioning as Secretary of the Indian Football Association from 1963 to 1975.
His death cast a pall of gloom in the sports fraternity.
Condoling his death, the BCCI called Biswanath “an efficient administrator committed to help cricketers and build the profile of the game”.
West Bengal Chief Minister Mamata Banerjee expressed her “profound grief” and described his demise as “an irreparable loss to the world of sports”.
The CAB office remained closed as a mark of respect to Biswanath during the day. Hundreds of cricket officials and fans garlanded his body when it was brought to the Kolkata’s very own Eden Gardens.
Biswanath Dutta, 92, is survived by his wife, a son Subrata Dutta – a veteran football administrator and the Senior Vice President of All India football federation – and a daughter.
His last rites will be performed on Friday, 5th October at Southern Kolkata’s Ballygunge Park Road .
> Pratyusha Mukherjee