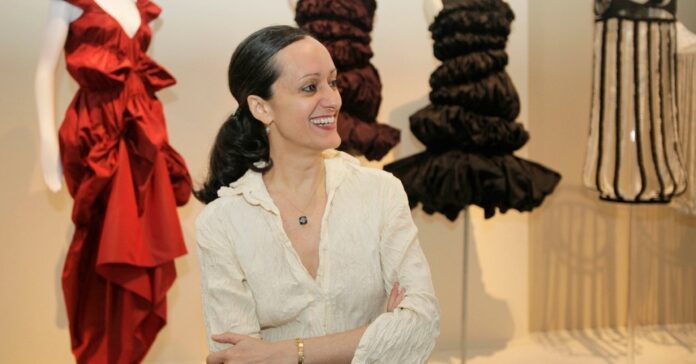 Cuban-American fashion designer Isabel Toledo, who outfitted former first lady Michelle Obama for President Barack Obama’s 2009 inauguration has died on Monday in a hospital of Manhattan, at age of 59.
Toledo died of breast cancer, as stated by her studio, in an email Monday. Her husband Ruben Toledo, confirmed the news but no further details are available.
Isabel considered herself as an “engineer” of clothing instead of a “fashion person.”
Celebrities like Demi Moore, Debi Mazar, and Debra Messing have worn Toledo’s creations, both on screen and on red carpets.
The designer came into the limelight when she designed, First Lady Michelle Obama‘s lemongrass-coloured shift dress with a matching overcoat.
“I called it ‘lemongrass’ because it’s not yellow, it’s not green,” said Toledo.
She preferred “non-colour” colours. The ability for textiles to take on changing tones is an important element when making clothes, Toledo added.
The designer called the moment an “amazing honor.”
Toledo began sewing when she was 8 years old and emigrated to the United States as a young teen. She attended both the Fashion Institute of Technology and Parsons School of Design in New York City.
She presented her first collection in 1985 and was an independent designer.
The fashion industry is in deep mourn because of the designer’s passing.
> Puza Sarker Snigdha