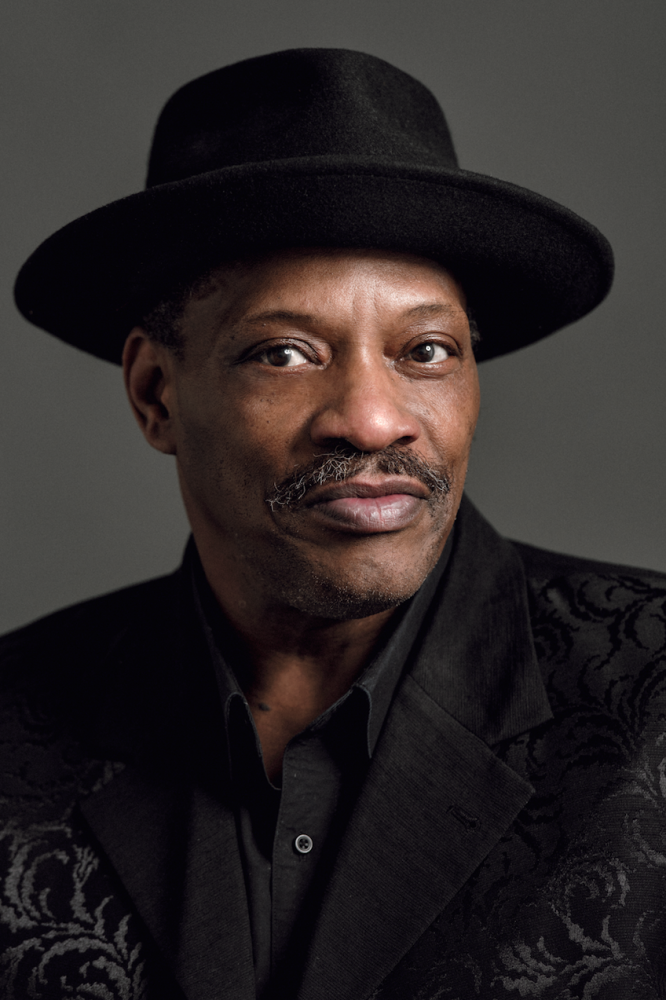 Alexander O’Neal is a legendary RNB singer with a musical career spanning over 30 years. Recognised for hit tracks such as ‘If You Were Here Tonight’, ‘Saturday Love’, ‘Never Knew Love Like This’ and ‘Fake’, the artist was signed by the late legend Prince, and has since become renowned for his incredible voice.
Alexander has recently re-recorded his most famous album, ‘Hearsay’, and later this year he will be releasing a sensational blues album as well as undergoing a tour across the UK – all in a bid to celebrate his staying power and widespread success!
Life wasn’t always peachy for Alexander, however, as he grew up in an underprivileged area. Despite this, young Alex didn’t complain or feel sorry for himself – in fact, he was blissfully ignorant to the economic challenges his family faced: “I’m from Mississippi, and although we were in a poor environment, we didn’t know we were poor,” he told us.
“We were a family, and if someone needed something, we come up with it. For some reason, when you’re deprived and in an urban setting, you feel it harder, unlike when you’re raised in a rural part of the country, and you have so many other advantages. You might not have a lot of money, but you will always have what you need.”
Like many other musicians, Alexander’s friends and family picked up on his singing ability from an early age, yet as a youngster he needed a bit more motivation to perform in front of others – in Alexander’s case, this encouragement came in the form of some persistent pals and the promise of valuable currency!
“The neighbourhood kids would always get me to sing, and I never wanted to,” Alexander admitted.  “They coerced me to sing in front of one of their mothers, and I was like ‘no, I don’t want to do it!’ and she said, ‘Alex, if you sing I’ll give you a dime’, so I started singing immediately for that dime! I guess that was my first paying gig!”
Initially Alexander gravitated towards sport, but when he started out on an American football scholarship he found he wasn’t prepared to be a college student and ended up quitting. However, this attitude wasn’t one that he maintained – in fact, Alexander set himself an ambitious, yet achievable, life goal.
“I told myself that once I find my niche in life I ain’t gonna be a quitter again, so in 1975 I got serious about my career and I said if I don’t get a recording contract in 10 years then I’m gonna go to a truck driving school in Wisconsin and drive lorries all over the United States, but guess what? On the 10th year, 1985, I got my first recording contract, so if it weren’t for that you’d have no Alexander O’Neal – instead I’d be delivering your packages!”
Coming from a musical family, young Alex was introduced to the slick sounds of many icons at an early age, and his inspiration has since been drawn from singers such as James Brown and Marvin Gaye.
“To me, those are the artists who made it,” Alexander explained. “They inspired me because coming out of a Southern region you had to overcome poverty and intelligence stereotypes – all types of things. But they were (the first ones) before blacks were seen on TV and stuff like that; there were only a select few that you would see, and these were the guys that were the pioneers of RNB music.”
Positive, family oriented and humble, Alexander has shone as a singer, yet his fame hasn’t allowed his ethical approach to change – the thoughtful artist always considers others, and as a result, tailors his gigs in line with what he believes his fans would prefer.
“I always do the popular songs,” Alexander said. “When I’m putting a show together all I think about is what the people would like to hear, not what I want to do – I always keep the fans in mind. They are all so supportive, and I look forward to giving my best on the stage in 2018.
“I’m still getting a buzz out of performing. I love coming to England and to the UK and performing for my fans here because your fans, they grow up with you, and they grow older with you. One thing I love about the Brits is that they never give up their social life. For example, a couple of youth go out to the pub on Friday night and 20 years later they are still going to the pub on a Friday night – unlike America, we trade it in for a 6 pack of beer and a pizza!”
Alexander’s new album will be out at the end of the year, so you can expect to hear a few surprise songs from his new CD release at the tour. What you can also anticipate is a whole lot of soul music!
“My sound has evolved, and I am always looking for new twists,” Alexander commented. “’Hearsay30’ wasn’t made to outdo ‘Hearsay’, but I’ve never heard anybody re-record an album 10 years later. It was a challenge, and something I was apprehensive about doing, but I embraced it too. The first album was done with producers but this album was, more so, a band, so there’s a lot of real instruments. It is different but it’s not far from the original ‘Hearsay’.”
Alexander expressed clear excitement about his upcoming tour, and as a legendary and long-standing singer with a horde of loyal fans backing him 100%, we know for a fact that he is going to make his 2018 showcase a truly brilliant one. He concluded: “The stage is where I’m most at home and most comfortable, and man, we are gonna serve it up!”
The Resurrected Tour begins 6 April and tickets are on sale now – make sure you get yours today!
For tickets/more information please visit seetickets.com or alexanderoneal.org.
> Hannah Montgomery