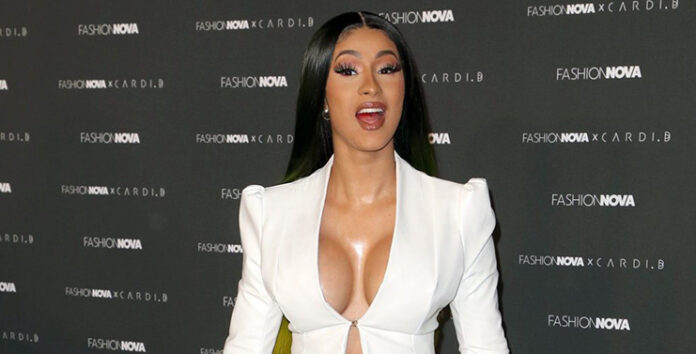 The Grammy-winning American rapper Cardi B who had a cosmetic surgery after she had her daughter Kulture is now having some complicacy and following the doctor’s order Cardi has postponed her several upcoming shows.
Being very disappointment as she hates to let her fans down, the singer is now taking necessary steps to recover soon according to the doctor’s suggestion.
“I have some news for y’all. I should have canceled today,” saying this Cardi added, “I shouldn’t really be performing because moving too much is gonna f— up my lipo. But bitch, I’m still gonna get my motherf—ing money back, let’s go!”
The Grammy-winning rapper was going to perform to the 92Q Spring Bling Festival in Baltimore, Maryland which has postponed to September 8. Cardi reassures them that she will see them in September.
The rapper postponed her show in El Paso, Texas, scheduled for May 21.
Cardi opened up about her recent surgeries to the Entertainment Tonight that she had work on her breasts carried out.
“It was important for me because I don’t like lying about things,” she said to the E News.
Cardi has also postponed her concerts in upstate New York. She was slated to perform at the St. Joseph’s Health Amphitheater at Lakeview and Saratoga Performing Arts Center on May 25 and May 26.
Cardi said she wants people to understand that liposuction results don’t happen immediately.
> Puza Sarker Snigdha

A new documentary on...