The Mouth of the Tyne Festival takes place in the picturesque
conservation status village of Tynemouth in North Tyneside 8 miles east
of Newcastle upon Tyne. It is a four day cultural celebration of live
music, dance and arts by the sea and attracts around 100,000 people.
Ticketed live music concerts take place in the stunning grounds of
English Heritage property Tynemouth Priory and Castle. Local street food
pop-ups trade under festoon lighting whilst customers gather around
shipping bobbins and on reclaimed driftwood seats. There’s a jazz
stage outside the Priory next to a welcoming pub overlooking the sea. A
free programme of international street theatre provides the
entertainment.
Hundreds of local children learn new music skills in the weeks leading
up to the event and participate in a colourful parade to kick things
off. Surf lessons take place a stone’s throw away and cruise ships
enter the River Tyne just beyond the headland.
There’s an innovative programme of dance and one-off attractions on
the platforms of Grade II listed Tynemouth Station, as well as evening
concerts at the Playhouse Whitley Bay and Tynemouth’s Surf Café. 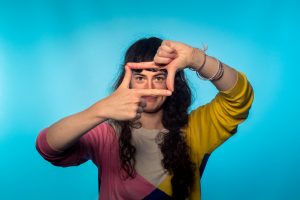 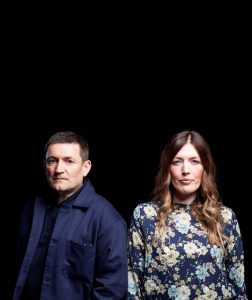 Best known for Beautiful South and Housemartins’ hits including
_Rotterdam, Perfect 10, Happy Hour_ and _Caravan of Love_, the pair will
also perform songs from their latest album _Crooked Calypso_ at their
show at Tynemouth Priory and Castle on Saturday 7 July, 2018.
Special guests on the night will be Sunderland’s Mercury
Prize-nominated FIELD MUSIC, whose new album _Open Here,_ went Top 30 in its first week of release. Tickets for the show cost £33.50 and go on
sale this Friday (March 2) at 9am.
Soul superstar BEVERLEY KNIGHT is also returning and will headline the
festival’s family day at Tynemouth Priory on Sunday 8 July, 2018.
Speaking about the announcement, North Tyneside Elected Mayor, Norma
Redfearn, CBE, said: “I am delighted to welcome these fantastic
artists to the line-up – I know many people will be looking forward to
watching them in such a special and picturesque setting.
“With such brilliant acts, as well as a programme of free events in
the local area, it is sure to be another great year for the Mouth of the
Tyne Festival.
“The weekend attracts around 100,000 visitors a year and provides a
huge boost to the local economy– supporting our commitment to making
North Tyneside a great and prosperous place to live, work and visit.”
BEVERLEY KNIGHT is best known for her hits including _Should Woulda
Coulda, Come as You Are, Greatest Day, Piece of my Heart, Made it Back_
and many more.
Tickets cost £20 for adults and £10 for children and go on sale this
Friday at 9am.
The festival’s other shows include a performance by PALOMA FAITH on
Thursday 5 July, which sold out in just a few days.
Tickets for JAMES ARTHUR’S show with GABRIELLE APLIN at Tynemouth
Priory on Friday 6 July are on sale now.
There are also special one-off shows at Playhouse Whitley Bay and
Tynemouth’s Surf Café.
Contemporary folk act THIS IS THE KIT, supported by THE CORNSHED
SISTERS, will be at the Playhouse on Thursday 5 July while American
folk-pop artist JOSH ROUSE will perform at the Surf Café on Tuesday 3
July. Both shows give the opportunity to see great artists in smaller,
intimate settings.
Ticket links to all shows can be found at www.mouthofthetynefestival.com
[1] or on the festival’s Facebook page.
The festival, supported by Engie and Port of Tyne and now in its 14th
year, has hosted a range of artists including Paul Weller, Elbow, James
Bay, The Script, James Morrison and Bryan Ferry.
The weekend will also feature a free programme of events including
international street entertainment, live jazz music and a children’s
pageant.
The line-up so far with more still to be announced:-
TYNEMOUTH PRIORY & CASTLE
THURSDAY 5TH JULY – PALOMA FAITH (SOLD OUT)
FRIDAY 6TH JULY – JAMES ARTHUR PLUS SPECIAL GUEST GABRIELLE APLIN (ON SALE NOW)
SATURDAY 7TH JULY – PAUL HEATON AND JACQUI ABBOTT PLUS SPECIAL GUESTS
FIELD MUSIC
SUNDAY 8TH JULY – BEVERLEY KNIGHT PLUS SPECIAL GUEST TBA
PLAYHOUSE WHITLEY BAY
THURSDAY 5TH JULY – THIS IS THE KIT PLUS SPECIAL GUESTS THE CORNSHED SISTERS
SURF CAFÉ
TUESDAY 3RD JULY – JOSH ROUSE
ENDS