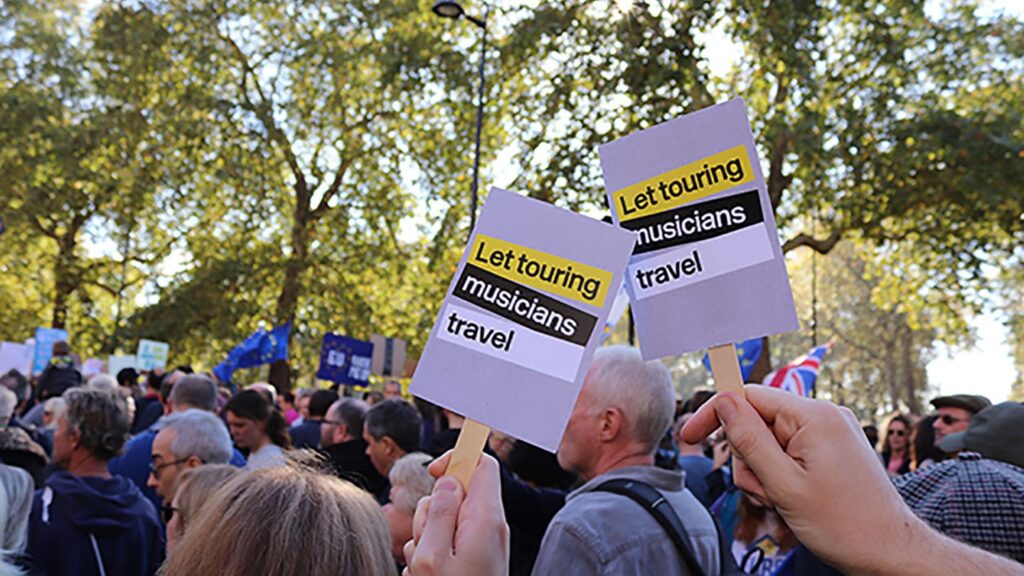 At the end of the year, the live music scene of the UK and Europe may be changed forever, as Brexit threatens to derail the touring tradition of smaller bands.

Back in 2018 Michael Dugher – CEO of UK Music – wrote to then Prime Minister, Theresa May, cautioning that “the ending of free movement with no waiver for musicians will put our fast-growing live music sector, that generates around £1 billion a year for the UK economy, at serious risk”.

The UK music industry is not only of economic interest; European tours have been at the heart of many smaller bands journeys to fame, and are a fundamental part of the community. Touring Europe has, historically, been a cost-effective way for upcoming artists to gain exposure and connect with fans, with many simply heading across the continent with nothing more than a van, rudimentary equipment and their mates.

An array of issues connected to the UK’s exit from the EU mean that touring Europe for smaller bands is about to become an inviable opportunity. Most of these issues are related to the costs imposed by new restrictions on travel, such as;

Larger acts and global superstars can swallow these extra costs, and are highly likely to have a team to take care of the paperwork. However, new and mid-level bands would undertake these costs and work themselves. Mark Davyd, CEO of the UK Music Venue Trust, estimated that after Brexit, an artist would have to play at least 10 shows in venues of at least 800 capacity across Europe to make any money at all.

Many less established artists find fame through ‘make it or break it’ slots at smaller European festivals, but the potential difficulties imposed by Brexit mean they risk losing these slots to European artists. There is an emerging scene in Europe of bands who rival the talent of UK artists, and it is likely that without these festival shows many UK bands would fail to propel forward.

Shadow Culture Minister Kevin Brennan MP, and member of the only parliamentary band MP4, has spoken out about the challenges facing musicians post Brexit: “It is vital that musicians are able to exercise freedom of movement on our departure from the EU and the end of the implementation period…It is also about the small gigging musician who may have a few fans and followers in Berlin, Italy or wherever, who is on an easyJet flight carrying their own instrument and for whom this is a highly marginal activity but one that could lead to a very major career in music.”

So, what can be done for musicians post-Brexit?

The Musicians’ Union are calling for parliament to back a Musicians Passport to be available to musicians working in the EU following Brexit. Over 48,000 people have already chosen to support this proposal for a musicians passport, signing their petition to Boris Johnson. They have explained how musicians are a unique work force, and how working in Europe plays a large role in them making a living. This proposed passport is intended to work similarly to a touring visa to cover all of the challenges that musicians may face. The key proposals for this passport would be;

The Musicians Union has stated that the lack of clarity surrounding the future of the industry after Brexit has made some of their members move to Europe already. They fear their future, and their ability to get jobs, to travel, to collaborate and to perform. Musicians have also expressed fears about a costly visa system in Europe’s future, like they currently face in the USA, where visa’s cost thousands, and fast-track visa’s have just risen in cost by 15%.

Horace Trubridge, MU General Secretary, feels that travel is intrinsic to musicians lives; “Music and the performing arts rely on exchange of ideas and interaction between performers of different nationalities. We love working in the EU and we love artists coming over here. If musicians can’t travel easily both ways, our reputation as a country that embraces all arts and culture will be severely damaged.”