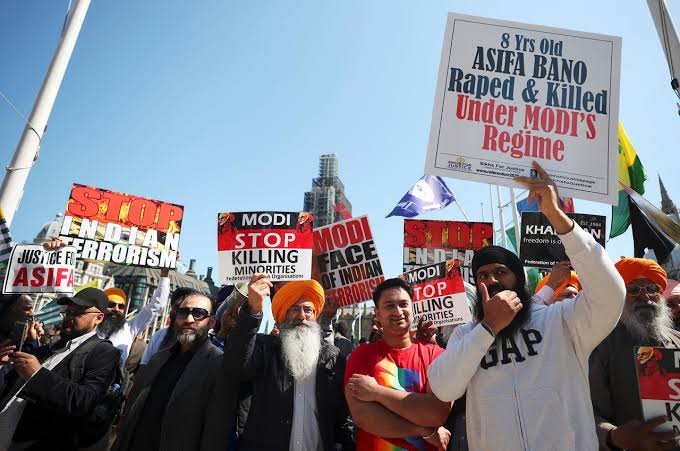 Indian Prime Minister Narendra Modi is facing severe criticism over a controversial citizenship law that is discriminatory against Muslims. Facing a brutal police response thousands of protesters have been detained and nine killed. Government orders have banned the use of mobile internet as the violence escalates.

Narendra Modi’s government must acknowledge the economic slowdown. Finance Minister Nirmala Sitharaman announced several measures to tackle it. These steps have come after India’s GDP growth in the first quarter of FY20 slowed to 5 percent–the lowest in 25 quarters or in six years of Modi’s region. 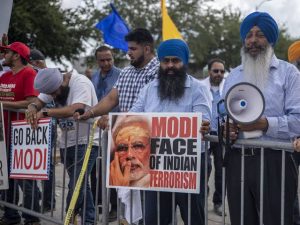 Narendra Modi has piously tweeted: “This is the time to maintain peace, unity and brotherhood.” Superficially this is, as the BJP government claims, a law that expands rather than removes rights. It creates a fast-track path to citizenship for Hindus, Sikhs, Jains, Buddhists, Parsees and Christians arriving from Muslim-majority states, who would otherwise spend years labelled as illegal immigrants.

The Citizenship Amendment Bill will see nationality defined by religion for the first time in India’s history but only to followers of six faiths, including Christians, Sikhs and Hindus – from Pakistan, Bangladesh, and Afghanistan.

It will allow them to acquire Indian citizenship if they live or work in the country for six years and are fleeing religious persecution. However, critics argue it is the latest move to discriminate against Muslims.

This nationwide protest is arguably the biggest display of opposition to Narendra Modi. Humanists saying, ‘This Is Not Just a Muslim Fight’ as many rocking Indians supporting this who are Hindu.

The US Government has said, “there were reports of religiously motivated killings, assaults, riots, discrimination, vandalism, and actions restricting the right of individuals to practice their religious beliefs,”

Students in Delhi have condemned their “barbaric” treatment at the hands of police who stormed a peaceful protest against the new citizenship bill over the weekend, injuring dozens.

“We will fight and oppose the bill till the last drop of our blood,” vowed All Assam Students’ Union adviser Samujjal Bhattacharya.

Without this many despotic attitudes have been noticed in Modi. The events in Kashmir over the past several days could not better exemplify this pattern such as to ensure a smooth reception, Modi had flooded Kashmir with troops and detained hundreds of prominent Muslims.

According to Human Rights Watch (HRW), Hindu vigilante groups have killed dozens of people in recent years, many of them Muslims, for allegedly slaughtering or transporting cows, an animal that is considered sacred by many Hindus.

Even minority groups within the Hindu community, such as lower caste Hindus previously known as “untouchables,” have faced violence from hardline nationalists.