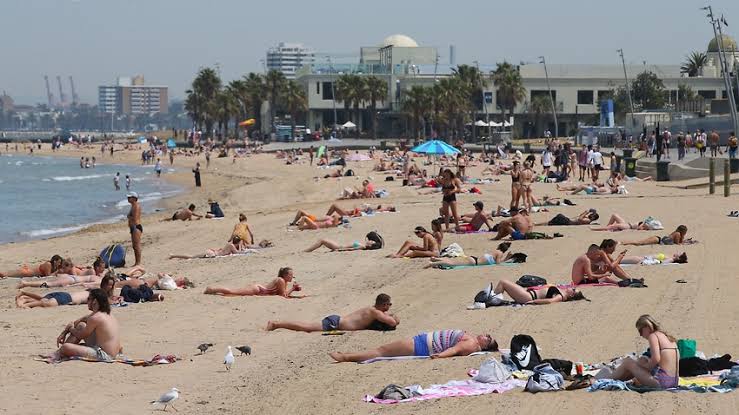 Tuesday was the hottest day on record in Australia, with an average maximum across the country of 40.9C. extreme heat moves across South Australia to Melbourne, Victoria, and Sydney with nearly 46C for dangerous bushfires.

The Bureau of Meteorology showed that December heat records were broken in 17 towns in South Australia on Wednesday.

Extreme heatwave conditions will continue over the next few days with temperatures peaking in South Australia and Victoria on Friday, and New South Wales on Saturday. 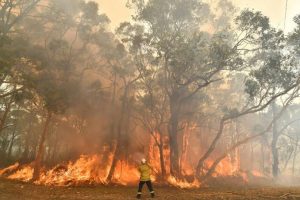 All of New South Wales, all of South Australia, large parts of Queensland, and northern Victoria have been placed under a total fire ban on Thursday.

Confirming the unprecedented nature of the current devastating fire season, the bureau has also found that 95% of Australia experienced fire danger weather that was well above average.

The bureau’s analysis found that in October and November, every state and territory had experienced dangerous fire weather.

NSW confirmed on Wednesday that 768 homes had been lost and almost 65000 saved during the current fire season, which still has many weeks to run.

Firefighters, many of them exhausted, have been fighting to save homes and buildings up and down the east coast since the fire season started earlier than normal.

On Monday, 22 health and medical groups called on the federal and NSW governments to respond to the “public health emergency” caused by the smoke haze from the fires.

Guardian Australia has revealed that since August 2019, the fires in NSW and Queensland have emitted 250 million tonnes of carbon dioxide, almost half the country’s entire annual carbon footprint.

Former fire chiefs and emergency services leaders said on Tuesday they would convene their own national bushfire summit, saying climate change was forcing a rethink on how Australia should prepare for and fight bushfires.