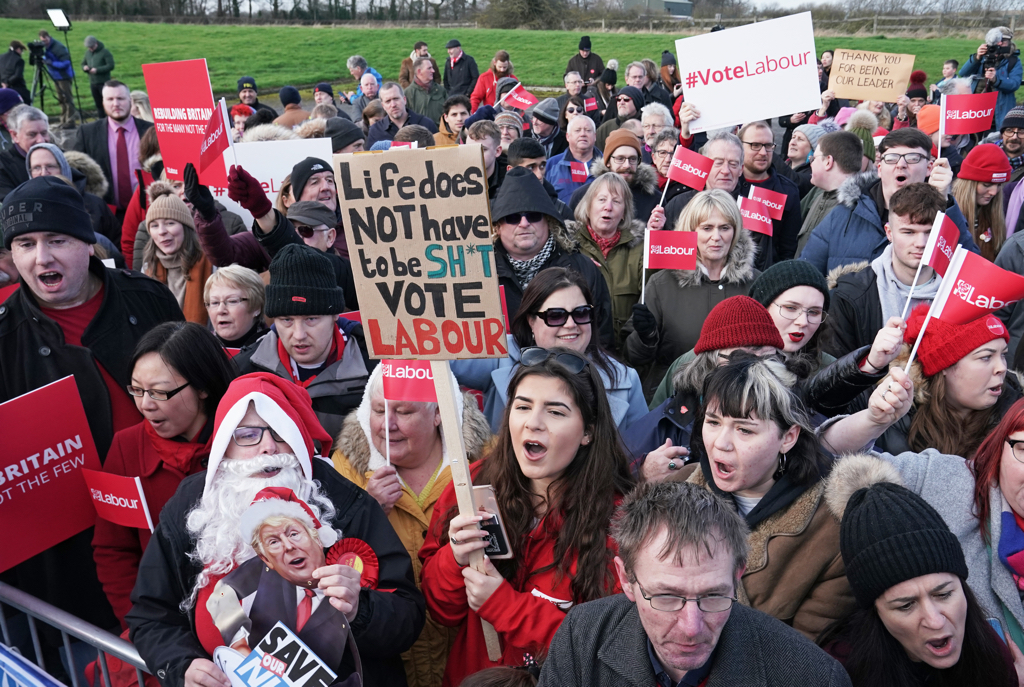 As Britain goes to the polls today, Labour leader Jeremy Corbyn told the country to “vote for hope” and promised to “save our NHS” if the party got into government.

Corbyn called on voters to back Labour in today’s election in order to end a decade of “cruel” austerity and offer Britain hope for the future.

He said he “feels the pain” of millions of people trying to get by and is determined to make the country a fairer place.

And he made a heartfelt promise to protect the NHS after further stories emerged this week of desperate families struggling to get treatment from the struggling health service.

In his final interview before polling day, Corbyn revealed what ‘put the fire in his belly’ as he appealed to undecided voters to back him to be the next Prime Minister.

Unlike other parties, Labour have run a positive campaign, based around what it will do to improve society if elected, rather than engaging in dishonest personal attacks.