The Conservatives Have Been Accused of Misleading the Public 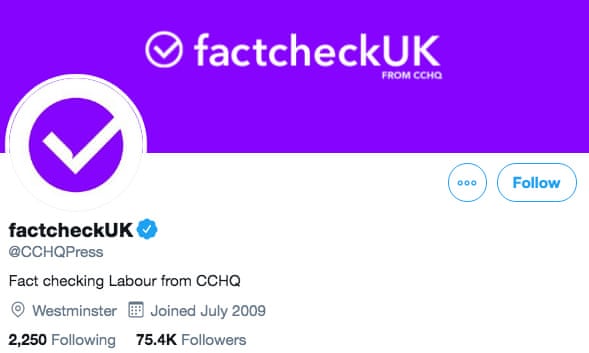 After the Conservative party renamed their main Twitter media account as “factcheckUK” on Tuesday night, they have been accused of misleading the public.

During the televised leaders’ debate between Boris Johnson and Jeremy Corbyn, the Tory press office changed their account’s logo to hide their political logo and used the feed to publish anti-Labour posts to the public.

Although the Twitter handle of the account remained as @CCHQPress, the name, header and profile picture were all changed which made it appear at first glance to be an independent factchecking outlet.

On clicking through though, those looking carefully would have seen a disclaimer that factcheckUK was actually “fact checking Labour from CCHQ”, the acronym for Conservative campaign headquarters. 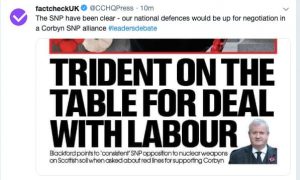 It comes after an increase in the general public visiting factchecking websites, such as the independent Full Fact, the BBC’s Reality Check, Channel 4 News’ Factcheck and the Guardian’s Factcheck, to verify claims made by politicians.

Soon after the debate finished, the Tory Twitter account was changed back from factcheckUK to CCHQ Press.

Full Fact, which is run by a charity, have already complained to Twitter about the issue saying the account should not be allowed to be used in this way while verified.

“It is inappropriate and misleading for the Conservative press office to rename their Twitter account ‘factcheckUK’ during this debate. Please do not mistake it for an independent fact checking service,” Full Fact said in a statement.

Twitter also warned in a statement: “Any further attempts to mislead people by editing verified profile information – in a manner seen during the UK Election Debate – will result in decisive corrective action.” 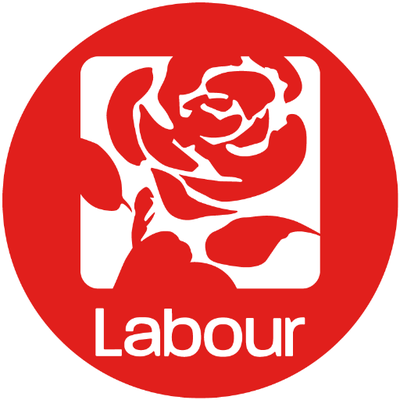 5 Hopeful Takeaways to Consider Despite the Tory Landslide