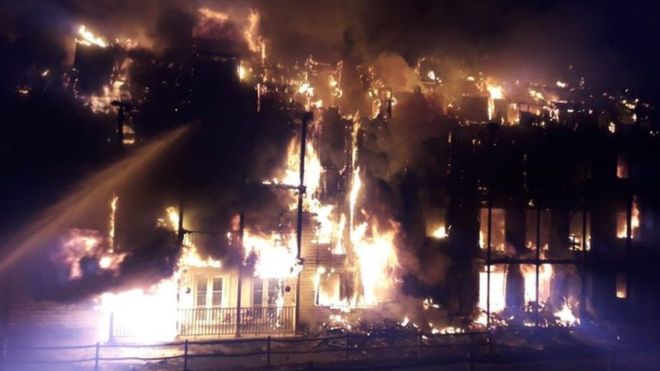 Twenty fire engines and around 125 firefighters were battling to a huge blaze as it tears through an entire block of a wood-clad property at Worcester Park in South West London. No injuries No injuries had been reported till now.

There was no immediate word of any casualties and it was unclear if the building was occupied when the blaze broke out just before 1.30am on Monday. Dozens of people reported seeing flames and thick, black smoke.

London Fire Brigade tweeted, “The whole of the four-story building is alight”. Shortly before 7 am, it said the fire was “now under control but firefighters will remain at the scene throughout the day”. 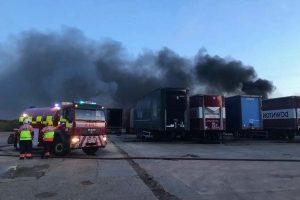 “Fire crews from New Malden, Sutton, Mitcham, Surbiton, Wimbledon, Kingston, Wallington, and other surrounding fire stations are at the scene.

Group Manager Rick Ogden said, “This is a challenging fire involving all floors of a four-story building.”

There are no reports of any injuries, and the cause of the fire is being investigated, Mr. Ogden said.

The fire service said 999 control officers had received 29 calls about the blaze, the first at 1.27am.

Station Manager Graham Adams, who is at the scene, said: ‘This is a challenging fire and firefighters are working hard to bring the blaze under control.

‘Firefighters will remain on scene for a number of hours and we would urge people to avoid the area if possible.’

“We have not treated any patients, however, we remain on the scene as a precaution.”