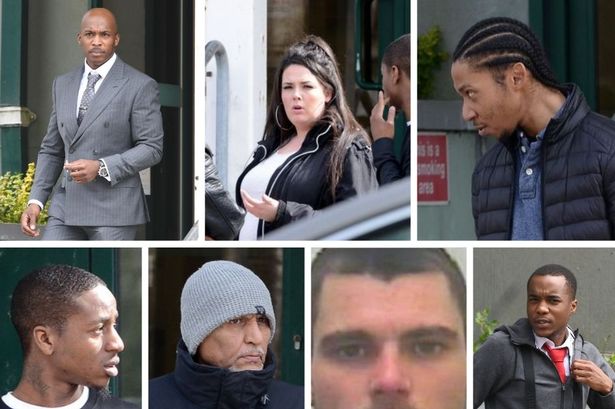 Following a number of hearings and a lengthy trial at Truro Crown Court, the drug gang who created a supply chain and flooded Cornwall with heroin and cocaine with vulnerable young people exploited to sell drugs, have now been convicted.

A common feature in county lines drug supply is the exploitation of young and vulnerable people. Dealers frequently persuade or force teenagers to hole up in a local property belonging to an addict or someone with mental health problems, a practice known as “cuckooing”.

Drugs, cash and knives were seized. Devon and Cornwall police believe Operation Ligament was a success not just because it disrupted the Billy line but because it also stopped at least a few young people from being exploited.

A jury on Tuesday found John Griffin, 56, of Bodmin, and Shanice Morrison, 28, of Tottenham, north London, guilty of conspiring to supply crack cocaine and heroin.

Between January and December 2018, a total of 18 vehicles were hired in the London area to transport couriers and drugs to Cornwall at a cost of over £13,000 in hire fees.

Specialist criminal practitioner Don Tait said: “This stems from an extensive police operation called Ligament, carried out by Devon and Cornwall Police’s proactive disruption unit into what is known as county lines drugs supply, from London to Cornwall.

“It’s a national issue, which involves the use of mobile phone lines by organized crime groups to extend their drug dealing business into new locations outside their home areas,” Mr. Tait told.

“The county line in question was identified by police as being in contact with local Class A drug users in Cornwall.”

The phone line was known as ‘the Billy Line’ by locals. Five phone numbers from the London area were used to send bulk text messages to local addicts in Cornwall,

The messages included terms such as ‘on with both’, referring to crack and heroin, and ‘best in town, two for £15’, Mr. Tait added.