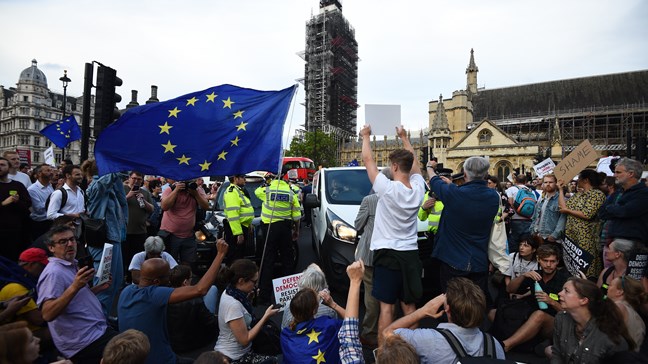 An online petition urging to stop the UK Parliament being suspended until Brexit has been delayed or cancelled has garnered more than 1 million signatures.

Voters join outpouring of anger as earlier on Wednesday Prime Minister Boris Johnson announced a plan to stop MPs sitting for more than a month in run-up to Brexit deadline.

Remain MPs urged voters to sign the petition. Liberal Democrat and Labour MPs, as well as the Green Party and Women’s Equality Party, were among those to call on people to add their names to the petition.

The petition reads: “Parliament must not be prorogued or dissolved unless and until the Article 50 period has been sufficiently extended or the UK’s intention to withdraw from the EU has been cancelled.”

The Prime Minister insisted the decision was to allow his Government to bring forward new legislation but critics blasted the move as an attempt to hamper MPs’ efforts to block a no-deal Brexit.

This sentiment was echoed by the speaker of the House of Commons, John Bercow, who called it a “constitutional outrage.”

The Queen approved the request at a meeting with the Privy Council – a group of senior politicians who advise the monarch – at her Balmoral estate on Wednesday.

According to an official statement, she consented to Parliament shutting down between 9 and 12 September until 14 October, when she will deliver the Queen’s Speech.

After it reached more than 93,000 signatures, the Independent Group for Change noted that more people had supported it than the number of Conservative members who voted for Mr. Johnson to become party leader.

Labour leader Jeremy Corbyn described it as “a smash-and-grab on our democracy” to force through no-deal by leaving MPs without enough time to pass laws in Parliament. He pledged to try to stop the suspension.

US President Donald Trump tweeted his support for Mr. Johnson, saying it “would be very hard” for Mr. Corbyn to seek a no-confidence vote against the PM, “especially in light of the fact that Boris is exactly what the UK has been looking for”.