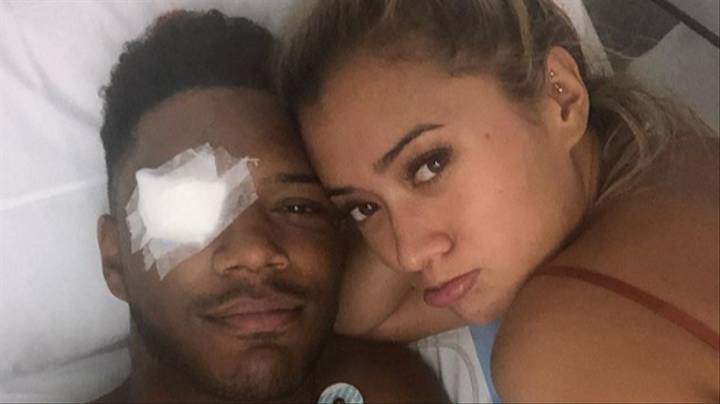 Love Island star Theo Campbell has revealed that his right eye was split due to a champagne cork accident while on holiday in Ibiza.

He stated that it was a “really uncomfortable accident”.

He revealed this by posting a picture of him with his partner Kaz Crossley, who was also a former Love Island star, which his right eye heavily bandaged.

On the accompanying Instagram caption he wrote: “Thanks for all the messages and support I’ve got over the last couple days they’re all very much appreciated.

“So yeah, basically, two eye surgeries later after a really unfortunate accident, I’ve lost all vision in my right eye as it got split in half – who would have thought a champagne cork would be the end of me? But I still have one eye left, looking at the bright side of things.”

He added at the end: “If anyone knows where sells cool eye patches let me know.”