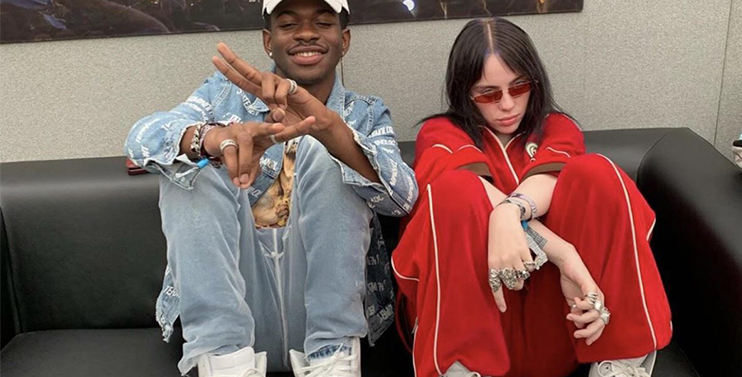 Lil Nas X’s hit single “Old Town Road”, after a record-breaking nineteen weeks at number 1 on the US chart, has been knocked off the top.

Billie Eilish’s song “Bad Guy” replaces “Old Town Road” on the number spot of the Hot 100 charts. While “Old Town Road” moves down to no. 3, it has still maintained it’s no. 1 position on some other charts and is still one of the most streamed songs right now.

The Streaming Songs, Hot R&B/Hip-Hop Songs and Hot Rap Songs charts have seen the single sit at the no.1 position for 20 weeks straight as of now.

“Old Town Road” has officially set the new record of the longest running song at no.1 for 19 weeks on the Hot 100 charts, beating the previous record of 17 weeks set by Mariah Carey’s track “One Sweet Day” and Justin Bieber’s “Despacito”.

Billie Eilish’s song “Bad Guy” spent nine weeks at the no.2 spot on the Hot 100 before landing at no.1. This has also made Billie Eilish the first artist born in the 2000’s to have a number 1 record on the Hot 100.

Lil Nas X congratulated Billie Eilish by tweeting out, “congratulations to billie eilish!! u deserve this!!”