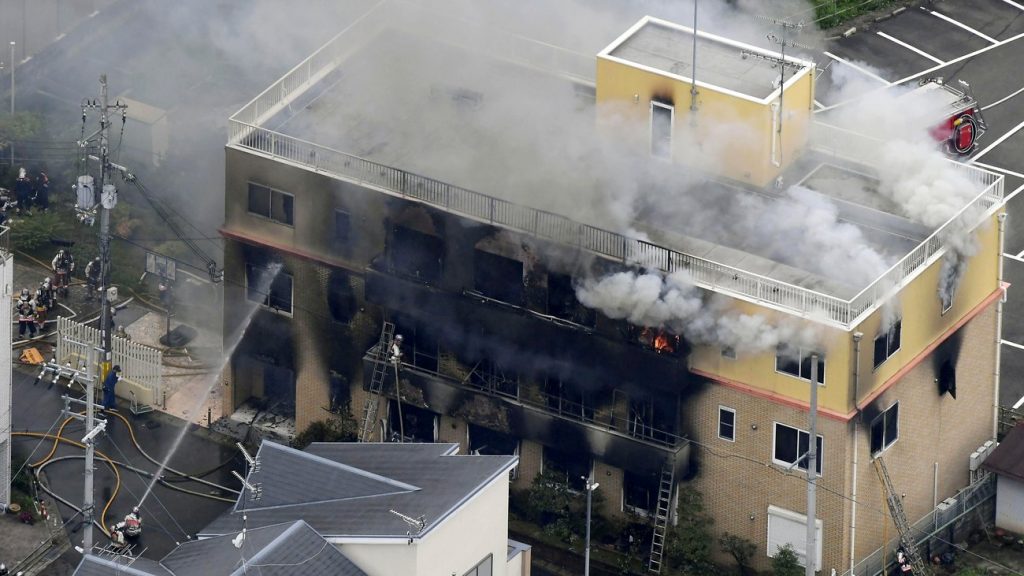 A man burst into an animation production studio in Kyoto and created a fire at around 10:30 a.m local time on Thursday, killing 12 people by wounding, with a further 36 injured.

Some of the injured people are in serious condition and possibly dozens of people may be trapped inside the building.

“Twelve people were found in cardio-respiratory arrest on the ground and first floor,” said the official.

A 41 year old man has been taken into custody under suspicion of creating the fire as the man shouted “Die!” as he poured what appeared to be gasoline around the studio. The suspect was also injured and was taken to the hospital.

A resident reported hearing a sound like an explosion coming from the studio.

The studio produces popular series such as “Sound! Euphonium”, and its “Free! Road to the World – The Dream” movie is due for release this month.

48 fire engines have been dispatched to the scene and are currently trying to get the fire under control. A tent has been set up by the Rescue team outside the studio building to provide first aid and help to the injured people.

Reportedly over 70 people were in the building at the time of the fire, but most of them ran outside.

“There are many injuries at the scene,” said the spokesman of Kyoto city fire department.

“Several people had died in the fire but could not specify the number. The blaze was still burning nearly two hours after it started,” said the police to the public broadcaster on NHK.

The rescue team continued the search for a long time after the fire was extinguished hours later.